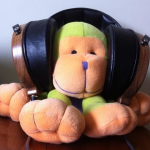 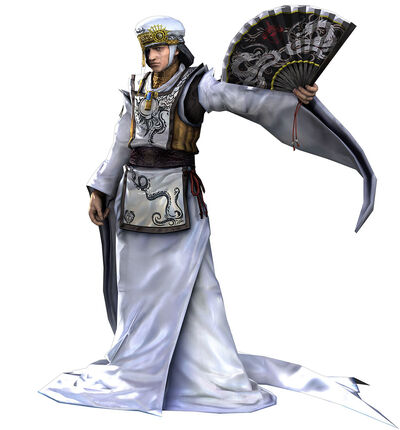 I'm Dark_wizzie. Aka Erica. Nice to meet you. I'm interested in chess, computers, computer chess, video games, music, audio, clothing, and philosophy. I've written a book on religion, I've founded a forum based around the 1992 FPS game, Wolfenstein 3-D, and I sporadically update my blog (centered around philosophy and ideas). I'm here on TLR Wiki because I like the game, and I'm interested in learning about the details of the game. There's quite a lot there.

Here is my current TLR setup:

There is never a reason to have Trident II because I or III are clearly superior. The problem with having over 3 people in a Trident formation is the very back magic defense.

Arguably a bunch of Trident I unions is the more balanced approach, with no real weaknesses while still having good offense. Here are the possible formations for Trident:

Note that there are no unions with 4 members because that makes no sense. In general I recommend having an equal number of units per union so damage received per union stays somewhat similar. 3 + 3 + 3 + 3 + 3 is less than 18 units and there is no way to have over 3 5 man unions.

The placement of units with weapons close to 255 attack is important. The attack bonus of formations do not allow weapon attack to pass 255. This means units with over 178 or 204 should be avoided when it comes to spots that give 20% or 30% attack respectively. Stick somebody with a Might or Runic weapon in there.

It seems natural to replace a one man Trident party with a one man Comet party but for the sake of maximum damage I think that makes no sense. With one man Comet the unit gains +20% defense and mystic defense, but loses 5% CA damage. We only have a single man union because we wanted offense so much, we decided to go for two Trident IIIs even though that involves lower mystic defense. A one man party has a ton of effective health because there is only one target for the enemy to hit. 20% defense is not necessary. And with more than 1 man party Comet falls way short because all units but the leader suffer a ton of penalties.

There are two other alternatives, and they both involve having multiple Seven units. This means these formations are less flexible. If one of the Seven units don't have top damage (which they don't, and often don't have good WA or UA), there is a damage decrease associated with the formation. A 3 man The Slayer union gets +30% attack and mystic attack to all 3 units but suffers from only 25% defense and mystic defense. In general I find Trident 3 man to be superior since the CA +1 means +20% attack & +5% CA, bringing it close to The Slayer without the extreme decrease in defense of both types. Again, having to use 3 Seven units could itself decrease overall party damage more than the extra offense The Slayer gives. Porcelain Chain looks interesting at first until you realize the Seven requirements along, complete zero defense, and zero strength.

As you can see, WS and weapon type +5 improve damage CA damage by the same amount, and CA +5 offers the largest CA damage buff possible. The modifier bonus only helps if it lines up with the art being used, and the bonus is found on things like bracelets instead of belts as you might expect. Weapon Type is the most versatile because it affects normal attacks, CA, and WA. WS +5 doesn't affect WA, and CA +5 only affects CA. So while CA gives the largest boost, it only affects CA.

Now I will show my party setup, designed for end game effectiveness (all stats 255).

My rationale for being so defensive is I sometimes like to fight bosses with x10 their normal HP, and for those fights staying alive is the most important. I'd rather have a battle take twice as long instead of killing the boss twice as quickly but have twice the chance of dying before that happens.

Trident I is my primary formation. I bunched up the last 3 unions into one fifth union for flanking with Marauder's Glaive III due to its healthy bonuses to stats and the UA +3 for Irina.

I decided on Vinnery instead of Gabriel because playing defensively Vinnery is better. They have almost the same skills, except Gabriel has herbs and invocations. Invocations are useless, and herbs heal only 100 more than Eye Cream in a union of 3 and less with more units. In terms of reviving they are effectively the same, but technically Hartshorn is better. Eye Cream is the same as Life Powder basically, while Hartshorn is faster than Vivification Tincture. Vinnery has a Runic Scythe which is not quite on par with Shielding Bluesteel but he can use Shield of the Vanquisher and he can be a Guardian. Gabriel's Assassin class pales in comparison. Kurz cannot compare to Vinnery despite having Shielding Bluesteel because he'll end up as an Assassin as well. Not only does Guardian grant Phys Resist +5 and Mys Resist +4, it also grants immunity to enemy's critical hits, which makes Guardian so good.

Anios is in here because he is the only person in the ENTIRE GAME that can use LL shields, and here he uses the Enchanted Nethershield because the Enchanted version is quite a bit stronger than the Shielding and Superlative variety.

Milton's Kerchief is an all-purpose CA enhancer, enhancing its damage more than any other single bonus by a good margin. With DW axes however, Black Belt is far preferable due to DW +5 and Axe +5 bonuses in one item. Hinnah's Earring and Resurrection Chain are both designed to improve tanking of attacks while boosting evasion a lot as well. I play with the Mystic Focus bug fixed, and this is reflected in the party loadout. This makes mystic units better since they become much stronger against magic.

The choice to give the Nighbloom to Irina rests on the fact that her Omnistrike has 100% accuracy and triggers at flashing red. At max stats, her low strength is not a concern. If Emmy gets the Nightbloom she can be a Ninja instead of a Cavalier (which I consider mostly and equal trade) and gets Snowpetal instead of Cerulean Rain. Irina ends up with a Might Vare instead, which isn't terrible. Like I said, the tiebreaker for me was the extra WA that results from giving Irina the Nightbloom and to buff to her Omnistrike (Might Vare's CA +5 does nothing for Omnistrike).

In multiple cases the classes a unit can get into was a make or break affair. Gaou, Darien, Leucetius, Khrynia, Roberto, Zolean, Hannah, Hinnah, and Zuido all suffer from this. Darien is stuck at Scout. Gaou's Shielding Masterblade makes up for its low stats with high physical evasion, but Hunter? Really?

Leucetius' Sage is not terrible, but his best bet for physical is just the Paimon Dominus which has low defense. The Orobas Dominus are okay there but its stats skew mystic yet its weapon effect skews physical. It can't decide what it wants to be when it grows up. Oh, and it also has the very low physical evasion of the Paimon. Leucetius' Psionics and Traps are nice but Allan still has Shards. Allan can be a Deathknight too so I decided to go with Allan instead. Whatever Leucetius gains with the mystic evasion of Sage, Allan almost gets it right back with the extra physical evasion on his weapon. And Allan still has higher defense. I think Leucetius has to be played as a Hexxer due his class and weapon, but I also think Kate is better than Leucetius. Give up some of the extra skills of Leucetius and focus on hexxing with a Soulshield. Not a targe or buckler, but a Soulshield.

Roberto is literally just a Masterblade guy who is a Bard for some reason. No really, that's it. Potions? Invocation? Explosives? All useless. Zolean can be a Specialist or Sage which is already uninspiring, but most of all he is stuck on a Muramasa. Do you remember what stats the Muramasa has? No? That's because it's an irrelevant weapon.

Hannah's a Cavalier and Hinnah is an Alchemist. Also an Alchemist is Khrynia. Except Khrynia has Hexes and her Enchanted Demonblade has Mystic Resist +5. Hinnah is terrible and Hannah less so due to their classes, but if you want Twin Snowpetal you're stuck with Hinnah as well. That's two units with no good weapon effects and one unit with a worthless class. Finally, Zuido. Zuido is like a worse Young. Young even has lotions to help counteract Animalcule to spite Zuido's Bard class and is an exalted Guardian to boot. (Speaking of a unit being a worse version of another, Nora is like a better Blocter with her weapon's stats.)

I picked Milton because his offense is decent and the defense on his weapon makes up for the lack of a good weapon effect. Plus, he has Wards and Traps. I think Kate is a good alternative to Rhagoh, since Kate has a shield and is a Druid. However, Rhagoh's Guardian class and Lotions won me over in the end because shields don't have immunity to critical hits. Haruko is actually not terrible if her stats are high enough since she can use a Shielding Glaive as a Cavalier with Lotions. I picked Faye because she can have dual Shielding Hawkwinds as a Guardian, and stack that with a Black Belt.

I can probably substitute another offensive unit with Kurz or another generic leader with Shield of the Vanquisher and end up slightly better.

Because stats are typically at 255, many stat boosting spells don't do anything. Trident I has no penalties, and even for a Marauder's Glaive setup at 255 speed, I would be flying around the battlefield. Debuff duration as a class is dumb when compared to Guardian because it's much better to swap accessories instead because the immunity to critical hits is excellent.

Retrieved from "https://lastremnant.fandom.com/wiki/User:Dark_wizzie?oldid=104364"
Community content is available under CC-BY-SA unless otherwise noted.